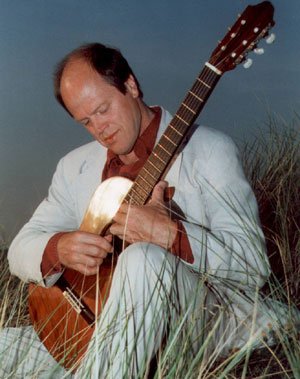 Peter McAven was born in Auckland, New Zealand, where he received his first guitar lessons aged 14. In 1972 he was awarded a QEII Arts Council Award Scholarship. In 1978/79 he completed successfully the teaching and performance diplomas at the Richard Strauss Conservatory in Munich.

In 1985 he successfully attained the concert diploma under the teacher Prof. Klaus Hempel at the University for Music in Hamburg.

Peter was chosen for an appointment as assistant professor to the Hamburg Conservatory, and held a class for teaching diploma students from 1978 until the end of 1995. Two of his students are now staff members.

Peter has given many solo and combined chamber music concerts, (particularly with flute) in England, Germany, Sweden and New Zealand. His English debut was at the Wigmore Hall in London, in 1985. This performance was with Martin Feinstein, Flautist.

For a few years, up til 2014 he was accompanying Violinist Wladimir Pletner on numerous concerts. Peter now leads a guitar ensemble in Lauterbach and teaches professionally.

Peter is available to teach all ages and levels, where he lives in Lauterbach, Germany.

Contact Peter regarding tuition or giving a concert, via email: peter@mcaven.de

All materials – images, sound files and video clips used on this website are original and the rights are owned by Peter McAven.
No copying allowed without express permission.